Sculptor, painter, filmmaker and a founder of the legendary Aradia, Jere Van Syoc (1935-2018) shot Super 8 footage throughout her life as an artist and devotee of high play. She edited her footage into two finished films, the early “Lebisia” and the late “The Brothel, the Temple, and Art,” which she assembled from her footage not long before dementia began to take her memory. In addition to “The Brothel,” her collection includes outtakes from her own footage as well as from her family’s home movies, which may have been a part of “Lebisia.” “The Brothel, the Temple, and Art” is an extraordinary example of using home movie footage to shape a memoir on film while Van Syoc’s outtakes feature rare moving images from the early days of “Aradia.” a group she, friends, colleagues, and lovers founded while in Grand Rapids, Michigan, known for its spirit of high play and experimentation. Her footage includes Aradia’s participation in an early Michigan Womyn’s Music Festival (c. 1979-1980) and at play on the shores of Lake Michigan and the streets of Grand Rapids. 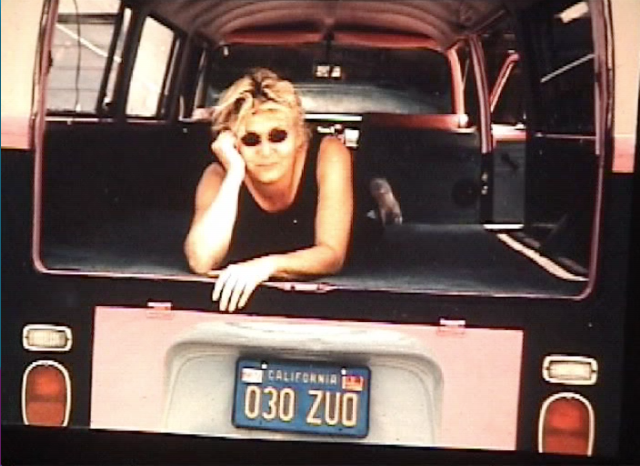