Caren began her film memoir in the late 1970s when she came upon a Super 8 camera in a pawnshop soon after she ceded custody rather let her young daughter’s life be torn apart in a vicious legal battle. Caren retained visitation rights and used the camera to film visits with her daughter and other events in her life. She also loaned the camera to friends who filmed the Seneca Falls Women’s Peace Encampment. After filming her daughter’s college graduation and finishing building a house she and her partner shared until her death, she gave the camera away. 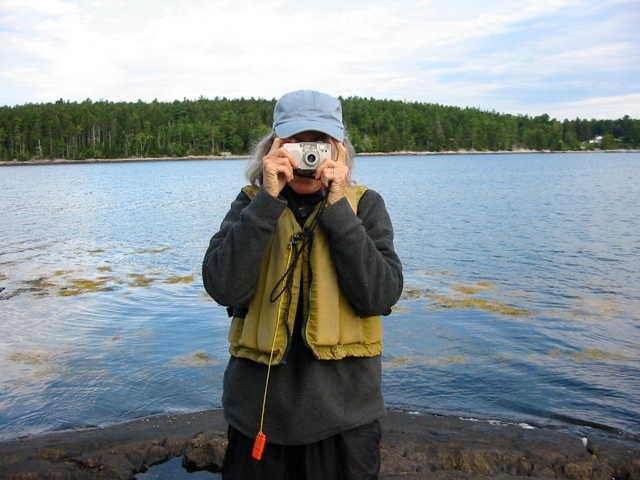 Primary Format and Extent:
Originally Super 8mm. LHMP received a jumbled VHS transfer & worked with the filmmaker on 3 major edits
Collection Date Range:
1977-1993
Summary:
Caren's Collection spans the time between 1977 when Caren bought a Yashica Super 8mm camera in a pawnshop after losing custody of her daughter and 1986 when her daughter graduated from college and Caren and her last partner Gabrielle Wellman would share. The footage documents visits & vacations Caren spent with her daughter and the long periods in between, which she spent in the company of friends and lovers, initially in Florida and Missouri and later in Maine. In 2004 Caren and Gabrielle had their home movies transferred to VHS. The lab succeeded in keeping their two collections separate but it did not transfer Caren's reels in chronological order. When Caren donated the VHS tape to LHMP in 2010, she agreed to work with us to return the footage to the order she had shot it in. That process involved several in-depth life history interviews, some in combination with scrutinizing the footage, others focusing on her life history. On the basis of those interviews, LHMP worked with a tech to restore Caren's footage to chronological order and add a few slates to identify locations and dates. Soon after tech Gemma Perretta did a personal edit of Caren's footage, which Caren also okayed. About a quarter the length of Caren's original footage, Perretta's edit focuses on Caren's relationship with her daughter. After Caren's death in 2012, discrepancies were noticed in the original full length edit. These were corrected in 2018. This database inventories versions 1, 2, and 3. We consider version 3 the most accurate. We do not have permission to share Gabrielle Wellman's childhood home movies.
Repository:
Lesbian Home Movie Project, Orland, ME
Condition Governing Reproduction and Use:
Lesbian Home Movie Project (LHMP) holds all rights.
Source URL:
https://www.lesbianhomemovieproject.org/collection/carens-collection/